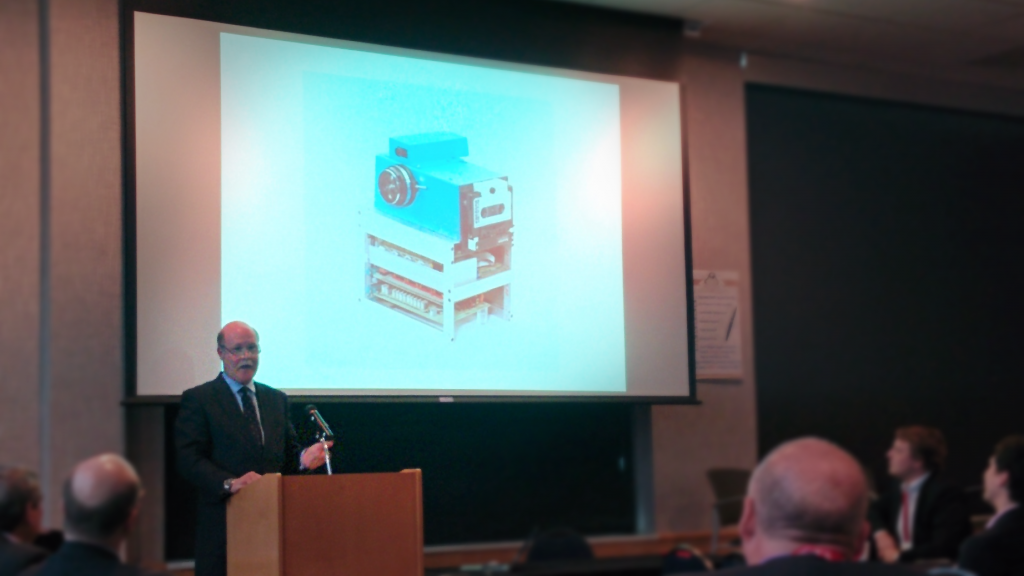 MIOsoft recently attended the second annual Wisconsin Tech Summit at the GE Healthcare Institute in Waukesha, WI. According to the Wisconsin Technology Council (WTC), the goal of the event is “to bring together major companies and emerging firms in a setting that allows them to meet and explore likely business relationships around technology needs and innovation.”

For the many startups in the mix, the opportunity to connect with interested leaders at major companies has the very real potential to open a door that leads to their big break. For MIOsoft, it’s a great opportunity to foster relationships with a host of other Wisconsin companies -- whether big or small, old or young, or somewhere in between.

Because this is March in Wisconsin, I started the morning unburying my car from nearly a foot of snow (it was 70 degrees a few days earlier). The still falling snow also turned a 15-minute drive to meet up with the other MIOsofters attending into 40 minutes. That meant that by the time we reached Waukesha, breakfast was over and the initial panel discussion, with representatives from Intel, Rockwell Automation, Johnson Controls, and the Milwaukee Institute, was well underway.

It quickly became clear that the words of the day were going to be “Internet of Things.” All the panelists agreed that a tsunami of opportunity (and risk) is quickly approaching the Lake Michigan shoreline. Even from my vantage point just outside the room, I'm confident I heard one of the panelists say IoT would have a $90 trillion impact on the economy over some longer-than-five-years time horizon. Fortunately, turning countless streams of data into intelligent systems is what context is all about at MIOsoft.

After the morning panel, everyone dispersed to all corners of the GE Healthcare Institute for the main event -- a sequence of about 175 speed dates, as Tom Still described the 15-minute strategic meetings. And speed dates they were. Wasted words are costly when trying to establish a connection with strangers so quickly -- especially since using a rehearsed pitch deck was, thankfully, not allowed.

We could plan for being efficient, but there was still a critical, unanswered question going into the meetings. What kind of engagement could be expected from the other company representatives? Were they going to be truly interested in the meetings, or were they present only to be supportive of the WTC’s efforts?

To the credit of both the other companies and the WTC, the engagements were very genuine. Almost all our meetings resulted in productive connections. Suffice it to say, the speed dating format was considerably more effective than we anticipated.

Not everything was perfect though. Mixing Tech Summit participants with the (much larger) general population of GE Healthcare workers for lunch was a curious choice for an event with the stated goal of bringing specific people together. On the other hand, it did lead to one of the more exciting moments of the day for me.

The gracious GE Healthcare IT guys we ended up eating with provided some essential intel. This cafeteria housed one of the most impressive culinary machines I've ever seen -- a Zumex freshly squeezed orange juice machine. Remember to always learn from the locals!

After lunch, a tricky coffee machine held onto us just long enough that we started talking to the team from a cool company called TerraCaptus that offers a novel solution around the exchange of intellectual property. In my mind, networking events can never offer too many sticky attractors that seamlessly spark conversations. Lines are good (if they're not too long)!

As luck would have it, during our coffee conversation, an event organizer approached me to let me know an additional company wanted to add MIOsoft to their schedule (set in motion by a lunch conversation, perhaps?). By itself, a late-breaking meeting was a really fantastic surprise. The icing on the cake is that it ended up being one of the best of the day. We've already had a great second meeting!

Peter Gunder from American Family Insurance closed the day with a wide-ranging talk that touched on topics like Moore’s Law (it’s impact will be profound) and its connection to Kodak (try to learn from their mistakes). The middle of his talk peered into a future of self-driving cars and connected homes. He closed with thoughts about what motivated American Family’s significant foray into venture capital (it provides a lens today into what tomorrow is going to look like). I left feeling quite inspired.

Based on our experience, it’s safe to say the Wisconsin Tech Summit, in only its second year, is already a success. While Wisconsin innovators would benefit from having access to even more events like it, the future is already looking brighter because the Tech Summit is on the calendar. Thanks again to the fine team at the Wisconsin Technology Council for making it happen.